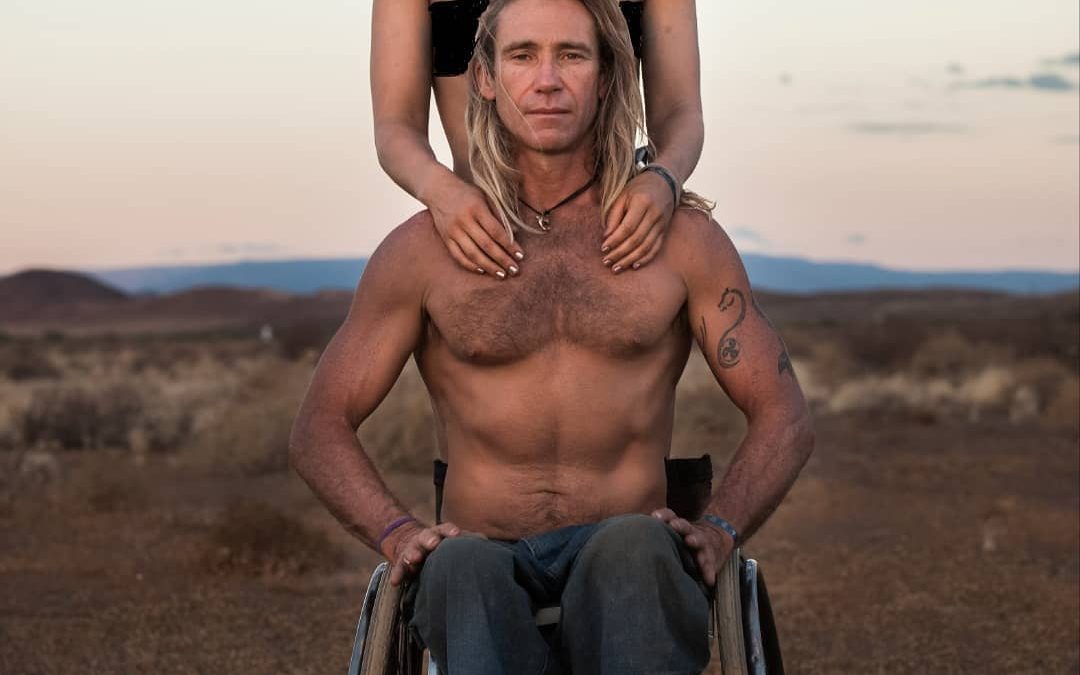 When you were growing up, was there ever an activity that you were so obsessed with that your parents had to literally drag you away kicking and screaming? For Bruno Hansen, this was the reality for him when it came to anything to do with the water. Hansen was born in Zimbabwe in 1971 which is actually a landlocked country. Even though he had never seen the ocean, he had a natural feeling of connection to the water. Before ever even seeing the ocean, he had built a boat out of toothpicks and ice cream sticks. When he was old enough, his parents finally took him to the family beach house where he instantly fell in love with surfing, spearfishing, and jumping off of rocks into the ocean. He never wanted to leave. In his teen years, he found himself in Indonesia and volunteered on a charter boat. He eventually worked his way up to being the boat’s captain. He quickly developed a close relationship to his passengers, the crew, and the owner of the boat. Life couldn’t have been better for Bruno. One fateful night would change his story book life forever. The owner of the boat had invited Bruno, his girlfriend, and the crew out for a night of partying. At one point, Bruno realized that he had to rush home to grab his bags so that he could catch a flight home. On the way to pick up his bags, tragedy struck.

Before Bruno had even realized what was going on, a doctor was by his side delivering the devastating news. The doctor said, “Son, I shoot from the hip. You’ll never walk again.” Hansen had been the victim of a violent carjacking which left him with a T-12 complete spinal injury and broken back. He was paralyzed from the waist down. Bruno’s world had come crashing down. He was told that he would never be able to do the things that he loved to do ever again. He became depressed, self-destructive, and his life started to unravel. After being tormented with his depression for over a year, he had made the unthinkable decision to take his own life. He grabbed a surfboard and paddled out to where there were no waves and tried to drown himself, but he was physically unable to. His body just floated in the water, unwilling to cooperate. He then paddled over to where there were waves, thinking that the waves would surely help him meet his ultimate fate. Again, the water didn’t want to cooperate. It seemed the ocean had other plans for Bruno. What happened next surprised Bruno. The wave turned his board around towards shore and he started picking up speed. Before he knew it, the wave had carried him all the way to the shore. He isn’t entirely sure what happened, but at that moment he felt something inside him had rebooted. He felt reconnected to the ocean once again and no longer wanted to end his life. 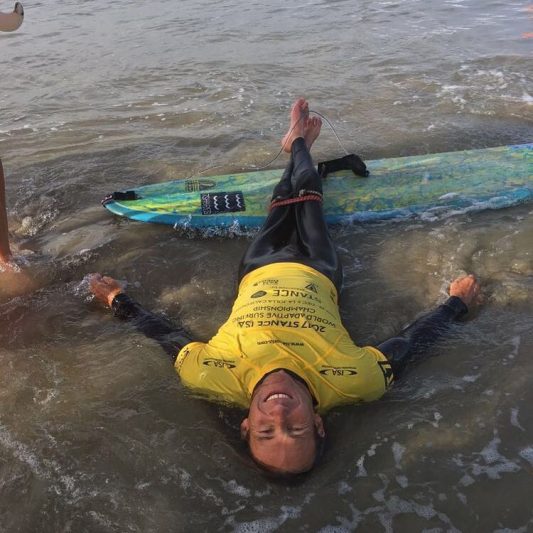 No one had ever told him he could do the things that he loved doing before, just differently. He goes onto explain his return for his passion for life: “…and from the physical strength came the mental strength. From the mental strength came the spiritual strength. From the spiritual strength came the positivity; which lead to positive events, positive people, and positive outcomes of whatever I decided to do.” These days, Bruno finds himself sailing, spearfishing, and adaptive surfing in some of the most exotic and remote places in the world. Even though it takes him longer to do physical things, that doesn’t stop him from accessing some of the most remote surfing destinations on earth.

One of the tools that has helped him to overcome some of the physical challenges of adaptive surfing is a lightweight, portable, foldable, pathway called Beach Trax. Beach Trax has allowed Bruno to be more independent when it comes to his passion of being on the water. Beach Trax was originally inspired by adaptive surfers like Bruno in order to help them access the water more independently and with dignity. The company’s mission is to bring the community together to help gain access to any activity over any terrain. After researching all of the accessibility solutions out there, the founders of Access Trax (the company that makes Beach Trax) found that all of the current solutions were either too expensive, too heavy, or just downright dangerous. They wanted to create a solution that solved all of these problems. This is what they came up with… 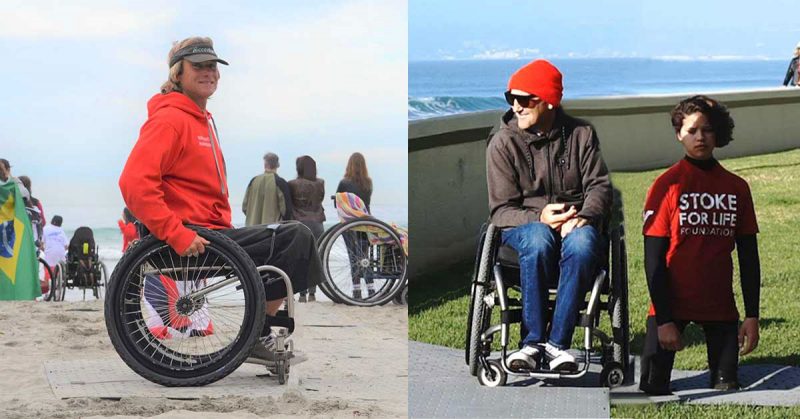 “This was the first time I’ve gotten all the way down to the water by myself since my accident. I love meeting game changers for our community.”

“It’s the future for sure.”

“As the founder of a non-profit organization and a T-7/8 paraplegic myself this is something our foundation would use regularly and I have found Beach Trax to be a game changer for the general disabled community.”

“It works really well…I love the idea and it’s light…I could feasibly have it in my car.”

I just want to say thanks once again to @adaptivemaui for providing me with a set of their @beachtraxsd while visiting Maui. Making it possible for me to access and enjoy the beach with my family! Every resort here and on the mainland back home in San Diego needs these! #beachtrax #adaptivemaui #accessiblebeach #maui #kaanapali #paraplegic #sci #wheelchair

Most people who use a wheelchair only ever dream about going to the beach. They are worried about ease of accessibility. Bruno and Beach Trax are out to prove that life doesn’t have to stop because you’re paralyzed.

While supplies last (discount codes are limited). Remember to mention discount code “beachtrax2019” when requesting a quote for up to a 10% discount! As of now there are still discount codes available. Request a quote by clicking the button below!
Request A Quote