Documentary Aims to Show the World How Nature Can Heal

This feature-length documentary currently in production shares the story of three life-changing adventures centered around an unbreakable love for the outdoors. ADAPTED follows the adventures of three athletes who became paralyzed after tragic climbing falls. From the first paraplegic climb of Mount Baker, to a 100-mile hand cycling ride around the White Rim Trail, to a multi-day raft trip down the Salmon River – they show us how the right combination of nature, community, and challenge can heal trauma. These stories will be used to raise funds and awareness for adaptive sports, promote inclusivity in the outdoors, and advocate for conservation of public lands, showing how needed they are for our health and well-being.

The documentary’s director, Paul Bikis, explains the inspiration for the film came while joining Michael “Hawkeye” Johnson on one of his fundraising hikes in the San Juan Mountains. Hawkeye is a long-distance hiker known for his selfless work with the adaptive community. On the hike with Hawkeye, Paul understood the fundamental need for nature we have as humans, and that individuals with disabilities also go to great lengths to keep that connection to nature alive. The documentary follows adaptive athletes as they pursue adventure and the healing power of nature. The film shares the belief:

“We believe in humans’ foundational connection to nature, which should not be limited by physical abilities.”

The film’s mission is clear and powerful: 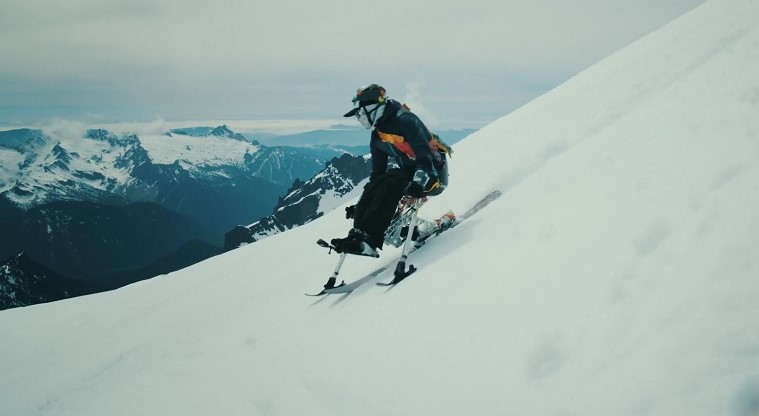 Access Trax was invented based on the very truth that everyone deserves to get out into nature beyond the pavement. When barriers to access are removed, magic happens. On International Day of Persons with Disabilities, we are ecstatic to announce our sponsorship of ADAPTED the film. That’s right, today (December 3rd) is celebrated each year as a day dedicated to promote the full and equal participation of persons with disabilities and to take action for the inclusion of persons with disabilities in all aspects of society and development. Inclusion in access to the outdoors is our mission at Access Trax and we are happy to join the efforts of ADAPTED.

Thank you to the Director (Paul Bikis), TFA Group (Mallory Weggemann and Jeremy “Jay” Snyder, executive producers) for allowing Access Trax into your tribe with this film to work together towards a common mission. We can’t wait to see the full feature next year!